The Board provides strategic direction and ensures UKGI is equipped to perform its functions, including having sufficient resourcing and a suitable organisational structure. The Board also enables effective arrangements to be put in place to provide assurance on risk management, governance and internal control. 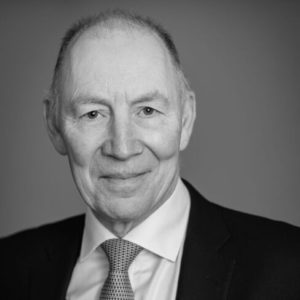 Robert is the Chairman of UK Government Investments Limited.

Robert was previously the Chairman of the Shareholder Executive, UK Government Investments Limited’s predecessor entity. Robert was Chairman of Marks and Spencer from January, 2011 – September, 2017. He is Chairman of the LP Advisory Committee of Ahren Innovation Capital, Chairman of Royal Springboard, a Director of the Investor Forum, a Trustee of Historic Royal Palaces and a Member of the Take-Over Appeal Board.

Until 2010, Robert spent over 30 years in investment banking with Schroders/Citigroup. He was formerly Vice-Chairman of Citi Europe and Chairman of Citi’s European Investment Bank. He was senior independent director of both the British Land Company plc (NED 1999 to 2010) and of 3i Group plc (NED, 2006 to 2010). Robert was Chairman of HMV Group plc from February 2009 until March 2011. 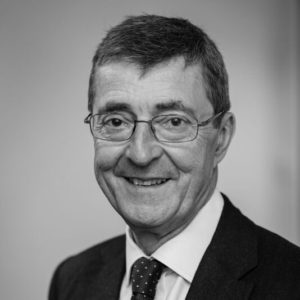 James is the Deputy Chairman of UKGI, and non-Executive Chairman of RIT Capital Partners plc.

James was the Chairman of UK Financial Investments (UKFI) until its dissolution in 2019. He joined UKFI as Chief Executive in October 2013 and served as Executive Chairman of the organisation from January 2014 – March 2016.

James is a member of the Prince’s Council and Receiver General of the Duchy of Cornwall. He is Chairman of the Trustees of the Charities Aid Foundation and a trustee of The Alnwick Garden Trust and the Royal Collection Trust. 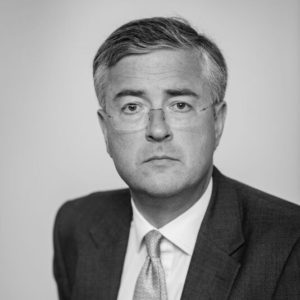 Charles was appointed Chief Executive in March 2020, having joined UK Government Investments in May 2018 as Head of the Financial Institutions Group.

Prior to that, he spent his career in investment banking working in both corporate advisory and equity research. He joined UKGI from Credit Suisse where he was Vice Chairman of UK Advisory & Corporate Broking having previously been Co-Head of UK Investment Banking.

Charles heads the Government’s Corporate Finance Profession. He also chairs the OECD’s Working Party on State Ownership and Privatisation Practices, the policy forum to promote improved corporate governance of state-owned enterprises. In addition he serves as a Trustee on the Board of Help for Heroes, the charity that supports wounded veterans. 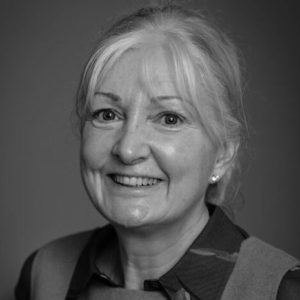 Jane Guyett is the senior independent director of UK Government Investments Limited. She is the Chair of Connect Plus (M25) Plc, and is a non-executive director on the Boards of LCH SA., LCH Limited, and Dalcor Pharma UK.

Jane spent 15 years with Bank of America Merrill Lynch where she held various roles in London and New York. She was Chief Operating Officer (EMEA and Asia) of the Global Markets Group and sat on the Board of Bank of America Securities, London. She began her career in Corporate Restructuring at Mitsubishi Bank Ltd London, before joining Bank of America in 1994. Jane has a degree in Economics. 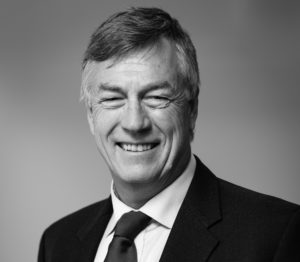 Andrew spent his executive career in the energy industry and brings a wealth of leadership experience in competitive markets, regulated business environments and strategic management. He has recently retired as Chairman of Severn Trent plc, which in January 2019 was commended by Ofwat across a range of operational areas and acknowledged by the Purposeful Company Taskforce as one of only seven UK “Pathfinder” companies. Andrew is also Chairman of Elementis, a FTSE 250 chemicals company, and was a non-executive director and Senior Independent Director of Ferguson Plc from 2004-2013. Andrew has been appointed a member of the Board of Sage Group Plc from 1 May 2021 and Chair from 1 October 2021. He was previously the Chief Executive Officer of RWE Npower and a member of the RWE Executive Committee. Andrew was previously the Senior Trustee of Macmillan Cancer Support. He is a Fellow of the Energy Institute. 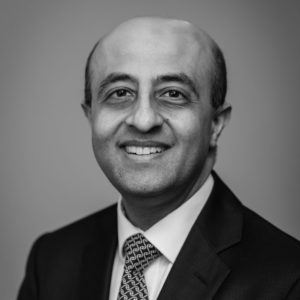 Lord Jitesh Gadhia has over 25 years’ investment banking experience, having held senior positions at Blackstone, Barclays Capital, ABN AMRO and Baring Brothers. He has advised on a wide range of high profile M&A and capital raising transactions across developed and emerging markets.

Jitesh is also a board member of BGL Holdings, which owns comparethemarket.com, the UK’s largest digital price comparison website for financial and household services. He is also a director of Accord Healthcare, a leading supplier of generic pharmaceuticals in the UK and internationally, and a board member of FTSE 100 housebuilder Taylor Wimpey plc.

Jitesh graduated from Cambridge University with a degree in economics and attended the London Business School as a Sloan Fellow. He has served as a Trustee of Guy’s and St Thomas’ Charity and of Nesta. Jitesh has been a member of House of Lords since September 2016. 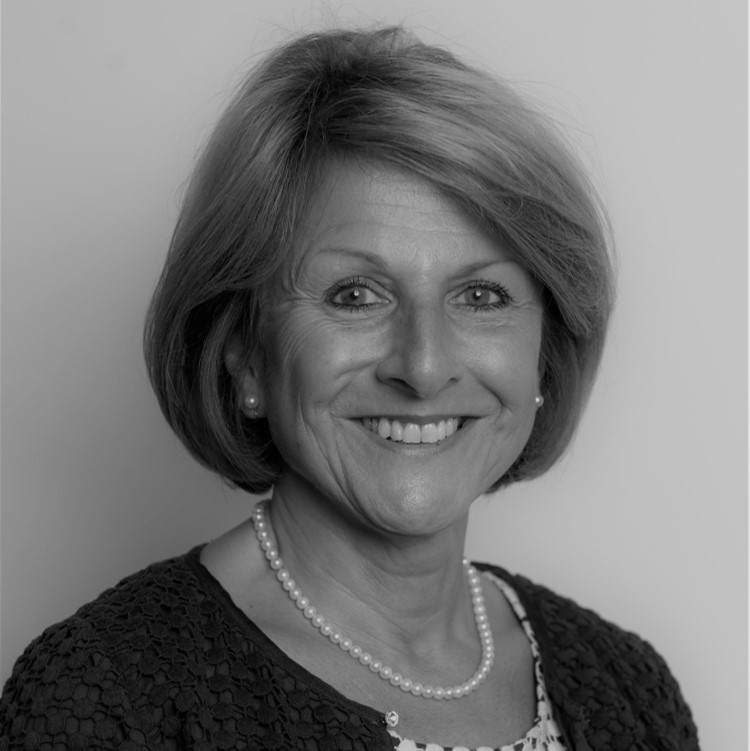 Clare currently chairs Go-Ahead Group plc, a listed transport business and is senior independent director at the LTA, the national governing body of tennis. Prior to holding these positions, Clare was Chairman of Eurostar International Ltd and non-executive director of Mölnlycke AB, Virgin Healthcare, Savills plc and Spire Healthcare Ltd, as well as the Managing Director of BUPA Hospitals and before that Caledonian Airways. She started her career with British Airways as a management trainee. 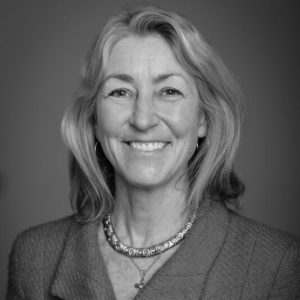 Robin Lawther is currently a Non-Executive Director at Nordea Bank and Ashurst LLP and a member of the Aon M&A Advisory Board.  In addition, she works with her own privately owned student housing developments in the US, UK, and Germany.

Ms. Lawther is an international banker with extensive experience of global markets and financial institutions.  She worked at J.P.Morgan in London and New York for over 20 years in a number of senior positions in investment banking.  Her roles included Head of the European Financial Institution Mergers and Acquisitions Execution Team and Senior Country Officer and Head of Investment Banking for the Nordic Region.  She specialised in mergers and acquisitions and capital raising.

Ms. Lawther holds a B.A. Honours in Economics from the University of North Carolina at Chapel Hill and an M.Sc. in Accountancy and Finance from the London School of Economics.  She is actively involved in women’s mentoring programmes and is a supporter of several London theatres. 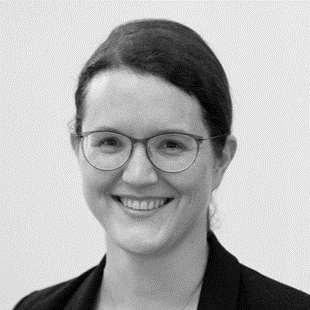 Sarah joined BEIS in July 2019 as Director General, Business Sectors. Before that, Sarah worked at McKinsey, where she led their Strategy and Corporate Finance practice in the UK and Ireland. She has worked with some of the UK’s largest companies to change their strategic direction, and led much of McKinsey’s work on productivity across the UK economy. Sarah began her career in the Civil Service as an Assistant Economist in the Department for Environment, Food and Rural Affairs (Defra). 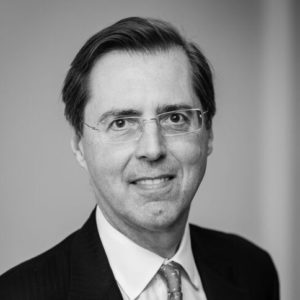 Charles Roxburgh is the Second Permanent Secretary at Her Majesty’s Treasury. He took up this position in July 2016. In this role, he is responsible, at the Treasury, for all issues relating to growth, productivity, infrastructure, financial services and financial stability. He is also a member of the Executive Management Board at the Treasury. Charles represents HM Treasury on the Bank of England’s Financial Policy Committee, and on the board of UK Government Investments Limited.

Prior to joining HM Treasury in 2013, Charles spent 26 years at McKinsey & Company. In his consulting work, he focused primarily on serving clients in the financial services sector. He was based in London for most of his career, but also spent seven years working in McKinsey’s New York Financial Institutions practice. His client work spanned retail banking, corporate and investment banking, insurance and asset management.

He held a number of leadership positions at McKinsey, including: co-head of the Global Strategy Practice; head of the UK Financial Institutions Group; and leader of the Global Corporate and Investment Banking Practice. In 2009, he became the London-based Director of the McKinsey Global Institute (MGI). At MGI, he led research into global capital markets, the impact of deleveraging on economic growth as well as a number of research projects into growth at the country and regional level. In 2011, he was elected to the global board of McKinsey & Company.

He was educated at Cambridge University, where he read Classics. He holds an MBA from the Harvard Business School. 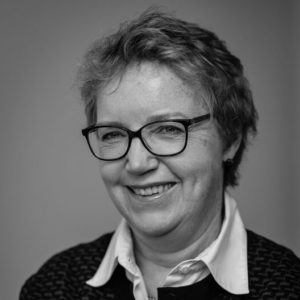 Caroline Thomson is the chair of Digital UK, the body responsible for Freeview, the digital terrestrial television platform. Until October 2020 she was also chair of Oxfam.

Alongside these chairmanships, she is a non-executive director of VITEC plc (and chair of the remuneration committee). Caroline is a trustee of Tullie House Gallery in Cumbria and trustee of The Conversation.

In the arts world, Caroline stepped down from her role as deputy chair of the National Gallery in August 2016 and retired as Executive Director of English National Ballet in March 2016. She remains a trustee of the ENB.

She is also a deputy lieutenant in the county of Cumbria.